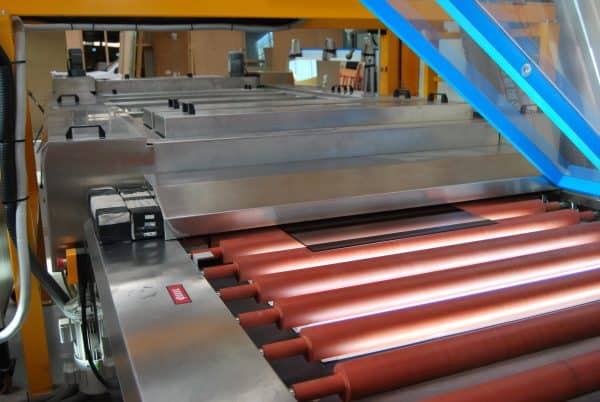 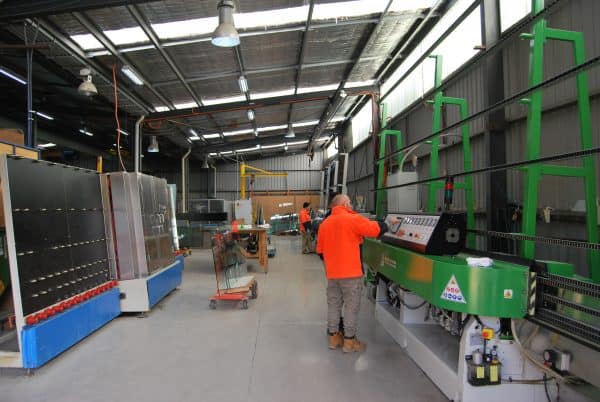 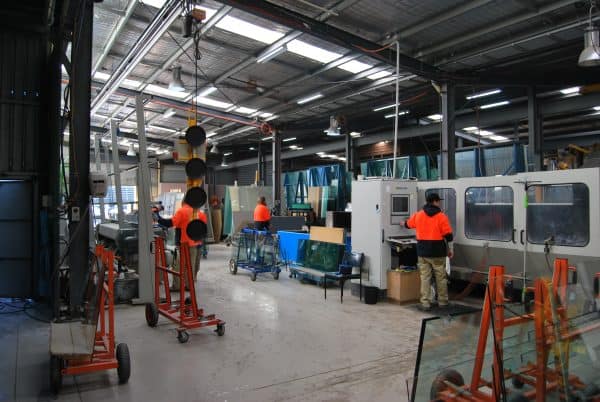 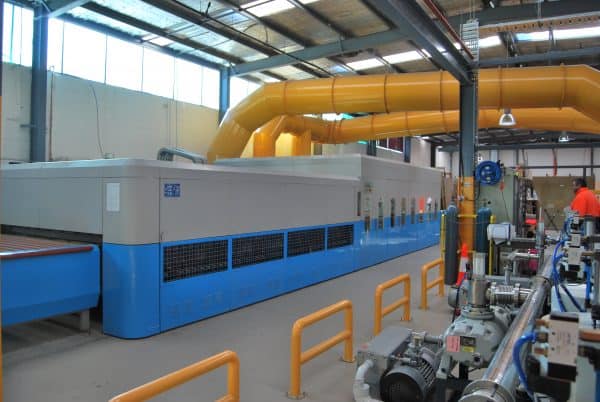 We offer customers a consistent and reliable glass processing and toughening service, with every machine technology in-house operated by fully trained, skilled technicians, enabling us to fulfil your requirements on time – a routine we are proud of.

We have the facility to offer a rapid turnaround service for builders, contractors, shop fitters, architects and project managers.

We have the flexibility to manufacture to order and will be delighted to welcome your trade enquiry and request for an urgent quotation.

We have invested in a new toughening furnace and cooling extractor system.

We now have the facility to offer a rapid turnaround service for builders, contractors, shop fitters, architects and project managers.

We have the flexibility to manufacture to order and will be delighted to welcome your trade enquiry and request for an urgent quotation.

Our furnace produces toughened glass of the highest quality.

Due to its versatility and ease of operation, water jet cutting has revolutionised the glass and glazing industry’s capabilities.

It has given us the capability to handle complex and intricate glass cutting contracts, and quickly move from job to job.

We can undertake virtually any finished shape required and cut to bespoke designs, or mass production.

Working to its maximum capacity, our water jet cutting machine can turn around well over 100 intricate glass pieces per day.

It can produce EXCEPTIONAL QUALITY without ever inducing heat-affected zones of mechanical stresses in glass: the process has eliminated the need for costly secondary finishing.

The immediate effect has been the abandoning of a need for costly hand-tool changes during a complex cutting process.

The water jet cuts with EROSION: water is pumped – at a pressure of 55,000 psi – continuously into a supersonic water jet stream, making it possible to cut through composites such as stone and thick glass. 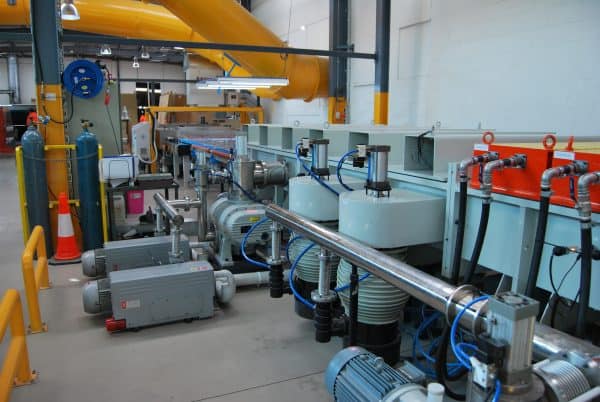 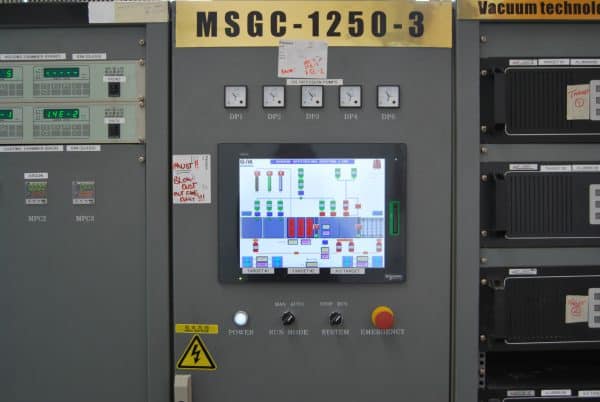 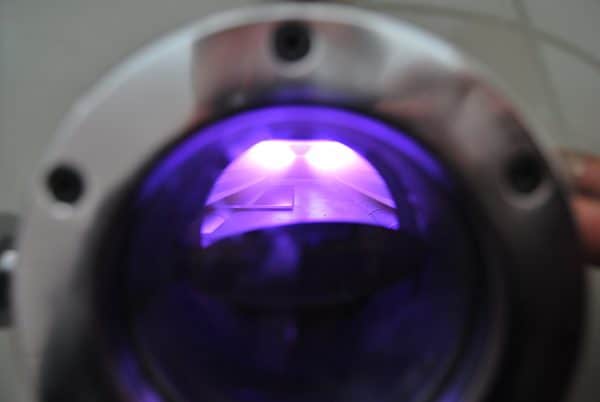 What is DC Sputtering?

DC or Direct Current Sputtering is a Thin Film Physical Vapor Deposition (PVD) Coating technique where a target material to be used as the coating is bombarded with ionized gas molecules causing atoms to be “Sputtered” off into the plasma. These vaporized atoms are then deposited when they condense as a thin film on the substrate to be coated.

DC Sputtering is the most basic and inexpensive type of sputtering for PVD metal deposition and electrically conductive target coating materials. Two major advantages of DC as a power source for this process is that it is easy to control and is a low cost option if you are doing metal deposition for coating.

DC Sputtering is used extensively in the semiconductor industry creating microchip circuitry on the molecular level. It is used for gold sputter coatings of jewellery, watches and other decorative finishes, for non-reflective coatings on glass and optical components, as well as for metalized packaging plastics.

The basic configuration of a DC Sputtering coating system is the target material to be used as a coating is placed in a vacuum chamber parallel to the substrate to be coated.

The vacuum chamber is evacuated to a base pressure removing H2O, Air, H2, AR and then backfilled with a high purity inert process gas – usually Argon due to its relative mass and ability to convey kinetic energy upon impact during high energy molecular collisions in the plasma that creates the gas ions that are the primary driving force of sputter thin film deposition. Typical sputter pressures range from 0.5mTorr to 100mTorr

A DC electrical current typically in the -2 to -5 kV range is then applied to the target coating material that is the cathode or point at which electrons enter the system known as the negative bias.

The electrically neutral argon gas atoms are first ionized as a result of the forceful collision of these gas atoms onto the surface of the negatively charged target which eject atoms off into the plasma – a hot gas‐like state consisting of roughly half gas ions and half electrons that emits the visible plasma glow.

The ionized argon gas atoms are then driven to the substrate which is the anode or positive charged bias attracting ionized gas ions, electrons and the vaporized target coating atoms which condense and form a thin film coating on the substrate to be coated. DC Magnetron sputtering uses magnets behind the negative cathode to trap electrons over the negatively charged target material, so they are not free to bombard the substrate, allowing for faster deposition rates.

The magnetic field forms a boundary "tunnel" which traps electrons near the surface of the target that improves the efficiency of the gas ion formation. DC Magnetron Sputtering allows for higher current at lower gas pressure that achieves an even higher thin film deposition rate.

What is waterjet cutting?

Abrasive waterjet cutting utilizes a high velocity coherent stream of water and abrasive that can be used to cut almost all materials. Water at 40,000 to 55,000 psi accelerates through a sapphire, ruby or diamond orifice. The stream passes through a mixing region where the vacuum, induced by the stream, sucks in abrasive. Momentum of the water stream accelerates and entrains abrasive as it passes through the nozzle.

The stream exits the nozzle as a three phase mixture of air, water and abrasive particles with a cutting diameter of 0.020” to 0.060”. The high velocity abrasive particles impact on the kerf face and do the actual cutting. Kerf material is removed as microchips, with negligible effects on the material.

The cutting stream carries 0.5 to 1.5 pounds per minute of abrasive. The quantity of abrasive is dependent on the cutting stream size, which is selected based on the material to be cut. Garnet is by far the most commonly used abrasive. It is environmentally clean, contains no free silica, and combines good cutting ability with reasonable wear on the consumables.

The main attributes of the cut are:

What are the benefits of Abrasive Waterjet Cutting?

Abrasive waterjet offers many advantages not found in other cutting techniques.

What is toughened glass?

For many applications such as buildings requiring large spans of glass, toughened glass is the only acceptable alternative. These glasses have exceptional strengths compared to standard annealed float glasses.

These improved properties are a result of the stress profile that is induced in the glass by the toughening heat treatment process. When performed correctly, the glass surface is in compression, while the centre is in tension. This stress profile in the glass is successful as most failures start at the surface from tensile loads. In toughened glass, the applied tensile load must overcome the compressive stress at the surface before the surface can go into tension and fail.

The heat treatment process involves heating annealed (stress free) glass up to a temperature between its glass transition temperature and its softening point and then rapidly cooling the surface. This is usually achieved using air jets. This process freezes the surface, while the interior may still be molten and consequently there is a temperature differential across the thickness of the glass. The hotter core section then contracts at a faster rate compared to the outside until an isothermal state is reached.

When is Toughened Glass used?

Toughened glass finds many applications in the building industry from internal to external. Internally, toughened glass may be used in frameless shower screens and office partitions, while externally it can be used for large window spans and balustrading.

Toughened glass panels can be manufactured to almost any shape, with the limiting factor often being specific furnace dimensions (at both ends of the scale). The glass can also be machined, with holes, bevelled edges etc. However, all machining must be carried out prior to toughening and all edges must be polished. Unpolished edges may act as sites for crack propagation during the heat treatment process.